Do you have a particular way you like your laundry done but don’t have time to do it by yourself? With work, the kids, volunteering, and everything else on your plate, we don’t blame you! You should sign up with Blues City Laundry! We’re all about honoring personal preferences when it comes to your laundry. Just let us know, and we’ll make it happen!  You can choose everything from detergents, dryer sheets and fabric softeners (including eco-friendly and fragrance-free options) to how you like your clothes folded and even water temperature!

Collierville, Tennessee – what a place! Why are you folding clothes and not soaking in everything this fun place has to offer? 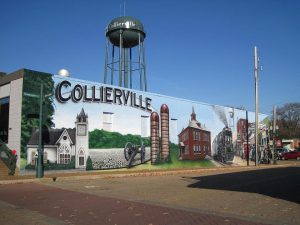 History runs deep in Collierville. The site of two battles and small skirmishes that occured in the early 1860’s during the American Civil War. The Battle of Collierville took place on October 11, 1863. The town was initially established as a garrison to protect the Memphis and Charleston Railroad. The second battle took place on November 3rd after a Confederate Cavalry raid that attempted to break up the Memphis and Charleston Railroad behind Major General William T. Sherman’s Army Corps. This occurred in the process of bringing relief to Chattanooga. Brigadier General James R. Chalmers lead a cavalry division up from Mississippi and learned that only two Union regiments had defended Collierville, the fact of which lead him to attack. Long story short, three weeks later Chalmers attacked from the south again. Eventually Chalmers found himself to be outnumbered and called off the battle, and went back to Mississippi to avoid the Union pursuit.

Today, you’ll find Collierville just as bubbly as ever. Whether you’re residing or visiting, take a trip to the Historic Square in the center of downtown. Here, you’ll enjoy a sweet shopping district with fancy shops, fun places to eat and a beautiful park. The square is centered around the old train depot from which the town got its beginnings.

What are you waiting for, Collierville? Enjoy where you live, and worry about one less chore while doing it! Join the Blues City Laundry family today!